Some people wish they were born in another century–personally, I’d miss indoor plumbing. Until we develop time travel, books can take us through time anywhere we want.

We’ve picked some amazing historicals for this Hidden Gems segment! From the rise of Genghis Khan to nun assassins to thrilling WWII stories, this book list covers almost everything.

Martin is one of a handful of Templar Knights to escape when the king of France and the pope conspire to destroy the noble order. The pope and king aim to frame the Templars for heresy, execute all of them, and make off with their legendary treasure. That’s the plan, anyway, but Martin and several other surviving knights mount a counter-campaign to regain the lost treasure of the Knights Templar.

Fall of Giants (The Century Trilogy, #1) by Ken Follett 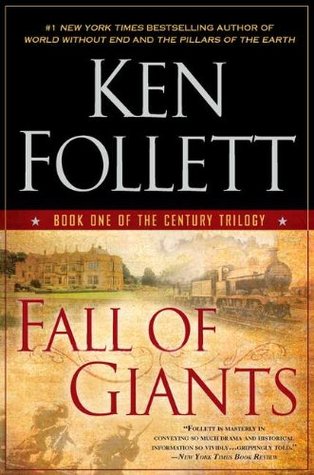 A thirteen-year-old Welsh boy enters a man’s world in the mining pits; an American law student rejected by love finds a surprising new career in Woodrow Wilson’s White House; a housekeeper for the aristocratic Fitzherberts takes a fateful step above her station, while Lady Maud Fitzherbert herself crosses deep into forbidden territory when she falls in love with a German spy; and two orphaned Russian brothers embark on radically different paths when their plan to emigrate to America falls afoul of war, conscription, and revolution.

From the dirt and danger of a coal mine to the glittering chandeliers of a palace, from the corridors of power to the bedrooms of the mighty, Fall of Giants takes readers into the inextricably entangled fates of five families-and into a century that we thought we knew, but that now will never seem the same again.

Why be the sheep, when you can be the wolf?

Seventeen-year-old Ismae escapes from the brutality of an arranged marriage into the sanctuary of the convent of St. Mortain, where the sisters still serve the gods of old. Here she learns that the god of Death Himself has blessed her with dangerous gifts—and a violent destiny. If she chooses to stay at the convent, she will be trained as an assassin and serve as a handmaiden to Death. To claim her new life, she must destroy the lives of others.

Ismae’s most important assignment takes her straight into the high court of Brittany—where she finds herself woefully under prepared—not only for the deadly games of intrigue and treason, but for the impossible choices she must make. For how can she deliver Death’s vengeance upon a target who, against her will, has stolen her heart?